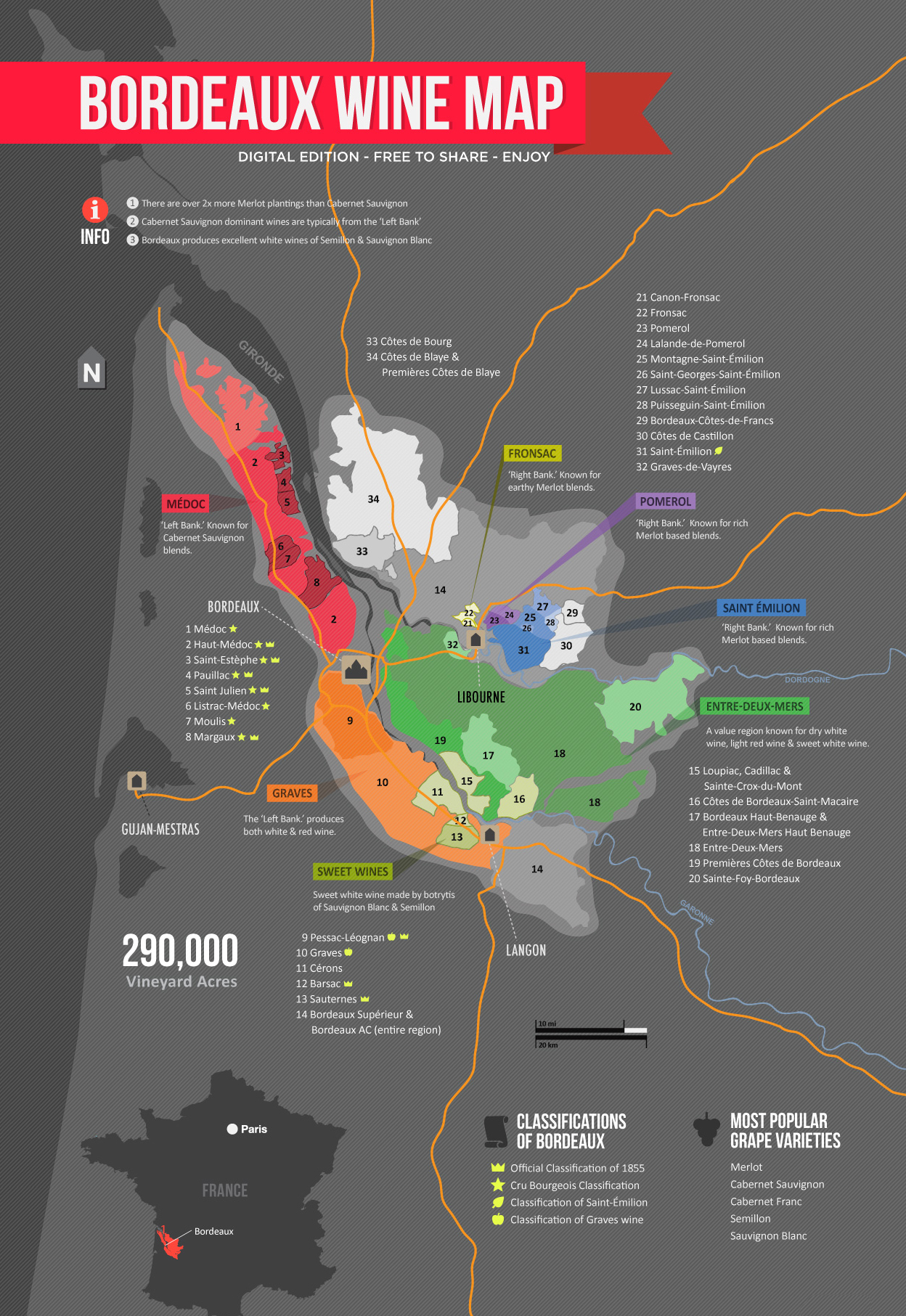 Bordeaux is one of the most important wine regions on earth, producing about one third of all the fine wines of France. No region in France, or anywhere in the world, produces a greater quantity of outstanding wine. Located near the Atlantic coast in South Western France about 300 miles from Paris, Bordeaux is a region, which climate is formed by its proximity to water – the Garonne River and the Atlantic Ocean. Wine has been made there for about 2,000 years, and it’s great variety of wines rightly suggests an equally great variety of soils. The climate of the region is generally mild with short winters, rare frost and a degree of humidity, created by its proximity to water. The major red wine grapes grown in Bordeaux are Cabernet Sauvignon and Cabernet Franc, which give the wine vigor, tannin, and long life, and Merlot, that gives it softness and suppleness. Malbec and Petit Verdot are planted in small quantities and are used to balance the major varieties. White Bordeaux wines are made from Sauvignon Blanc and occasionally Muscadelle. Bordeaux wines are generally blends of different red or white grapes. The principal red communes (or states): Medoc, Haut-Medoc, Pauillac, Saint-Julien, Moulis, Listrac, Margaux, Graves, Saint- Emilion, and Pomerol. The principal white wine regions account for about half of all the wines produced in Bordeaux. The major white wine areas begin around Graves and continue South to Sauternes, where due to micro-climate conditions the same grape varieties some of the most extraordinary and elegant sweet wines in the world!