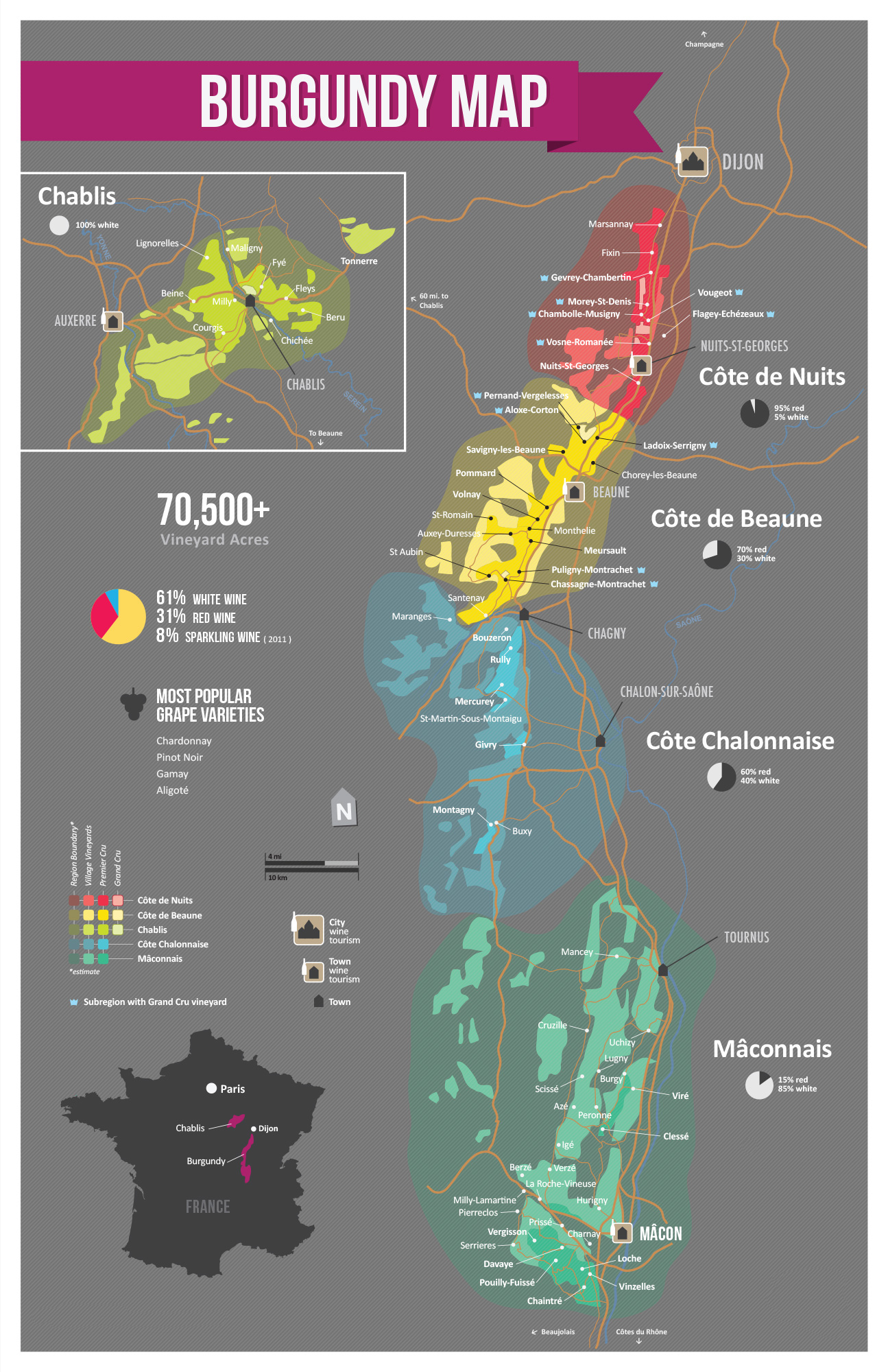 Unlike the Bordeaux region with its nobility and grand Chateaux, the Burgundy region – an area of small farms and small owner grape growers – begins about 20 miles South East of Paris and extends to Lyon. From this 225 mile span come some of the world’s most expensive and sought-after Pinot Noirs and Chardonnays. Burgundy produces less than 1 tenth of the wine of Bordeaux, and many owners sometimes farm as little as a row of 12 vines and many parcels consisting of one or two hectares (1 hectare = 2.71 acres). All of Burgundy’s major white wines are made from the Chardonnay grape, but instead on the label you will see the name of the producing village, like Chablis, Meursault, etc. All of Burgundy’s major red wines are made from the Pinot Noir grape, but again on the label you will see the name of the village: Pommard, Geury Chambertin, Morey-Saint- Denis, etc. In the Maconnais and Beaujolais regions of Burgundy the only red grape grown is Gamay. The very popular light and fruity Beaujolais wine is meant to be drunk young and slightly chilled, it is low in alcohol and is always a crowd pleaser. Before the French Revolution most of Burgundy’s vineyards were owned by the monasteries of the Catholic Church, but after the revolution those vineyards were divided into small parcels and sold to the public. Today, over 200 years later, this system of small ownership still prevails. The names of red Burgundies to look for: Fixin, Gevrey-Chambertin, Morey-Saint-Denis, Chambolle-Musigny, Clois de Vougeot, Vosne-Romanee, Richebourg, Nuits-Saint-Georges, Pommard, and many others. The names of white Burgundies to look for: Chablis, Corton-Charlemagne, Meursault, Pouligny Montrachet, Chassagne Montrachet, and many others.