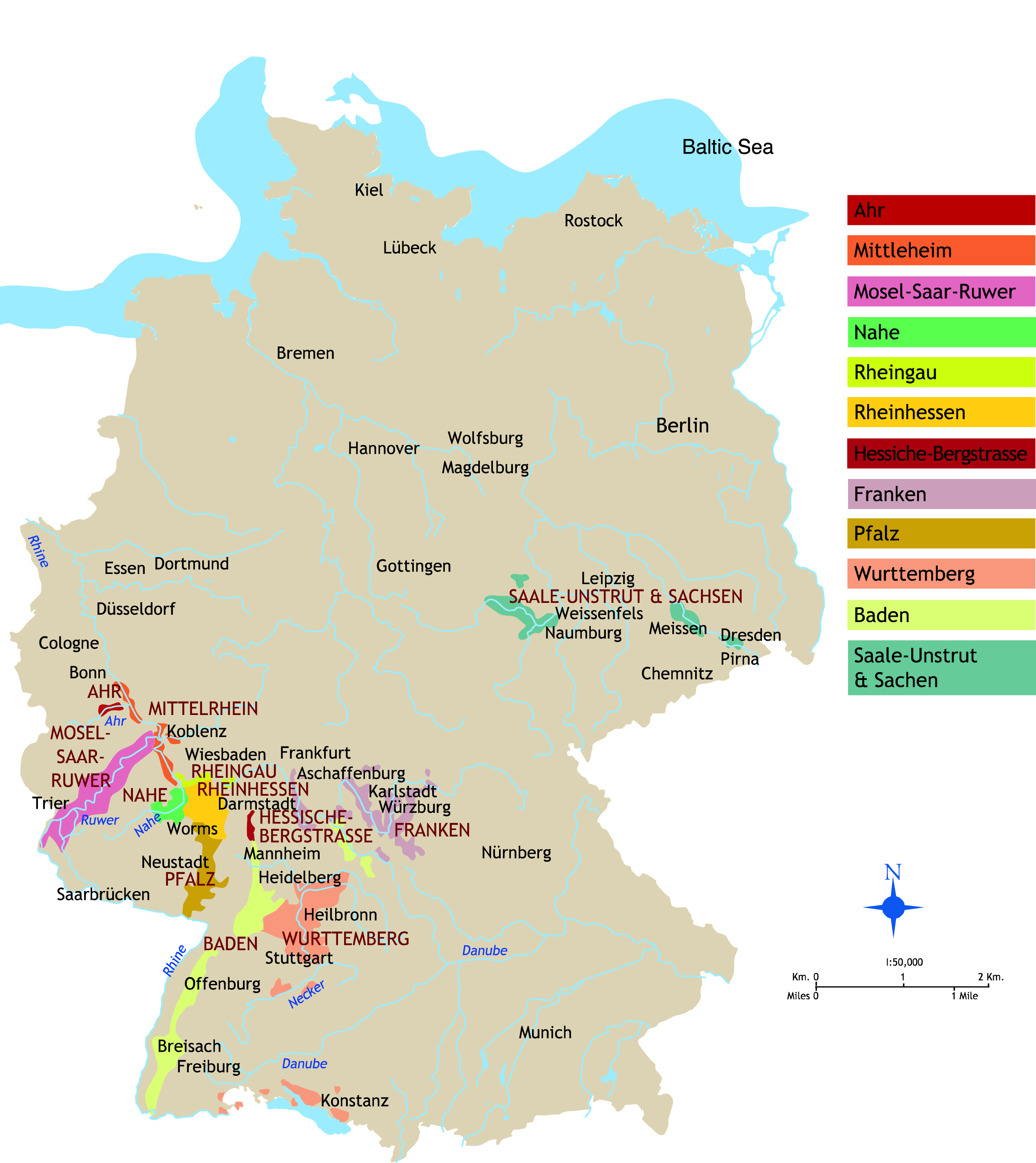 German wine is primarily produced in the west of Germany, along the river Rhine and its tributaries, with the oldest plantations going back to the Roman era. Approximately 60 percent of the German wine production is situated in the federal state of Rhineland-Palatinate, where 6 of the 13 regions for quality wine are situated. The total wine production is usually around 1.2 billion bottles, which places Germany as the eighth largest wine-producing country in the world. White wine accounts for almost two thirds of the total production. As a wine country, Germany’s reputation is primarily based on wines made from the Riesling grape variety, which at its best is used for aromatic, fruity and elegant white wines that range from very crisp and dry to well-balanced, sweet and of enormous aromatic concentration. Due to the northerly location of the German vineyards, the country has produced wines quite unlike any others in Europe, many of outstanding quality. Despite this it is still better known abroad for cheap, sweet or semi-sweet, low-quality mass-produced wines. The wines have historically been predominantly white, and the finest made from Riesling grapes. Many wines have been sweet and low in alcohol, light and unoaked. Historically many of the wines were probably dry, as techniques to stop fermentation did not exist. Recently much more German white wine is being made in the dry style again. Much of the wine sold in Germany is dry, especially in restaurants. However most exports are still of sweet wines, or wines, affected by the noble rot.