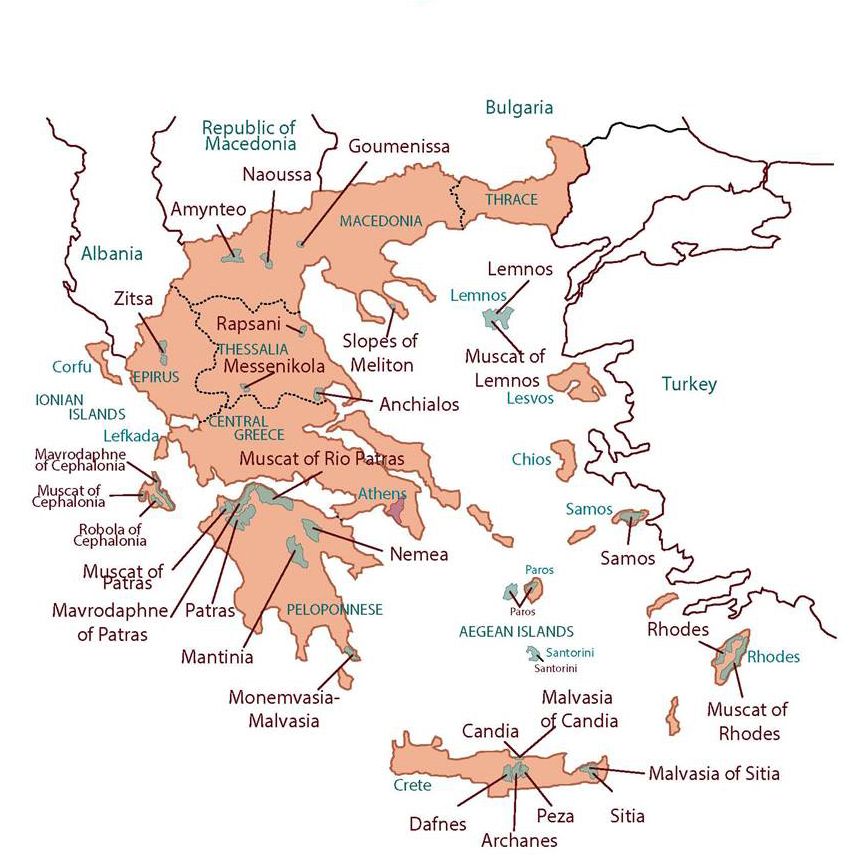 Many people do not know that Greece is one of the oldest wine-producing regions in the world. As a matter of fact, evidence confirms that wine production was very common in Greece, which is home to the second oldest known grape wine remnants discovered in the world (i.e. the world’s earliest evidence of crushed grapes). The spread of Greek civilization and their worship of Dionysus, the god of wine, spread Dionysian cults throughout the Mediterranean areas during the period of 1600 BC to the year 1. The earliest evidence of Greek wine has been dated to 6,500 years ago where wine was produced on a household or communal basis. In ancient times, as trade in wine became extensive, it was transported from end to end of the Mediterranean; Greek wine had especially high prestige in Italy under the Roman Empire. In the medieval period, wines exported from Crete, Monemvasia and other Greek ports fetched high prices in northern Europe. In recent years, the Greek wine industry has undergone tremendous improvements with serious investments in modern wine making technology. The new generation of native winemakers is being trained in the best wine schools around the world and their efforts are paying off as Greek wines continue to receive the highest awards in international competitions as well as the recognition they deserve throughout the world. What makes Greek wine so unique are the more than 300 indigenous grape varieties grown there, some of which have been cultivated since ancient times. Many of the world’s best wine critics agree that the distinct flavors that come from these native grape varieties are a strong marketing advantage for the Greek wine industry. Many well-known international grape varieties are also used in Greek wine making. This extensive variety of grapes together with the moderate Greek climate, plentiful sunshine, low average rainfall and soils of moderate fertility combine to provide an excellent environment for the production of high quality wines. The main wine growing regions of modern day Greece are:
Aegean Islands: Limnos, Paros, Rhodes, Samos, Kos, Santorini Crete: Archanes, Dafnes, Peza, Sitia Central Greece: Anchialos, Attica, Rapsani, Thessaly Epirus: Zitsa Ionian Islands: Kefalonia Macedonia: Amyntaion, Epanomi, Goumenissa, Naoussa Peloponnese: Mantineia, Neme, Patras

No products were found matching your selection.