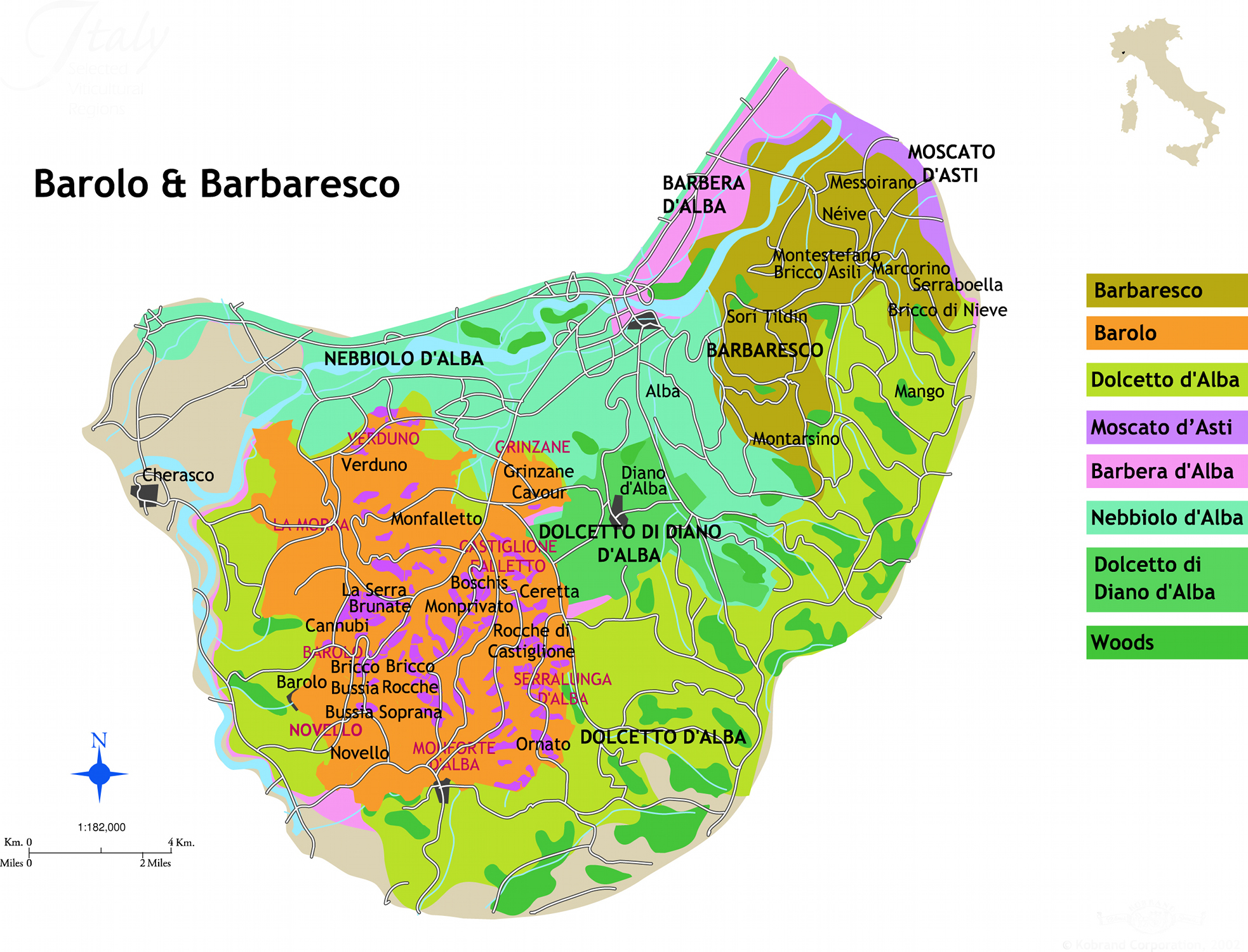 Barolo is a red Denominazione di Origine Controllata e Garantita (DOCG) wine produced in the northern Italian region of Piedmont. It is made from the Nebbiolo grape and is often described as one of Italy’s greatest wines. The zone of production extends into the communes of Barolo, Castiglione Falletto, Serralunga d’Alba and parts of the communes of Cherasco, Diano d’Alba, Grinzane Cavour, La Morra, Monforte d’Alba, Novello, Roddi, Verduno, all in the province of Cuneo, south-west of Alba. Although production codes have always stipulated that vineyards must be located on hillsides, the most recent revision of the production code released in 2010 goes further, categorically excluding valley floors, humid and flat areas, areas without sufficient sunlight, and areas with full-on northern exposures. Barolo is often described as having the aromas of tar and roses, and the wines are noted for their ability to age and usually take on a rust red tinge as they mature. Barolo needs to be aged for at least 38 months after the harvest before release, of which at least 18 months must be in wood. When subjected to aging of at least five years before release, the wine can be labeled a Riserva.